The Developing Brain: What It Means for Treating Adolescents

On May 10, 2012 as part of National Children's Mental Health Awareness, NIMH sponsored a videocast panel of children's mental health researchers to discuss neuroscience research findings related to teen brain development, cognition and emotional and behavioral growth, and treatment for teens.

Guest panelist online for Developing Minds in Science (and not affiliated with the NIH panel or organizers) wass LaDonna Coy, M.A., consultant and specialist in social media and prevention.

A thought provoking blog post by educator Larry Cuban highlights the current fascination with applying brain-based research to unraveling the solution to the puzzle of effective teaching. While many perceive neuroscience as the new Holy Grail - where research about how the brain works can save humanity from everything from PTSD to bad leadership, the fact is, we still know very little. Current science, at best, has unlocked a few suggestions on what happens in the brain under certain (laboratory) conditions, about how the brain influences behavior and vice versa, where environment fits into the picture and clues from the emerging science of epigenetics. More intriguing is what we don't know.

It is still worth applying the rule-of-thumb contributed by cognitive psychologist Daniel Willingham at the University of Virginia. In her ongoing blog, The Answer Sheet, Washington Post journalist Valerie Strauss invites guest blogger Willingham, who is associate editor of the journal Mind, Brain, and Education and the book Why Don't Students Like School, to share his caveats about tying neuroscience findings to learning:

- the brain is always changing
- the connection between the brain and behavior is not obvious
- deriving useful information for teachers from neuroscience is slow, painstaking work

Interesting idea - that we don't know what the brain is up to. So whether it is understanding our own behavior or having a clue about what techniques best motivate children to learn - or not - the brain has a mind of its own. 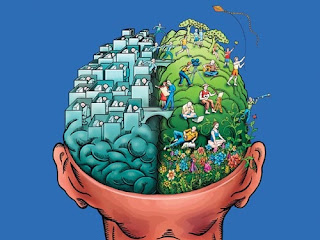 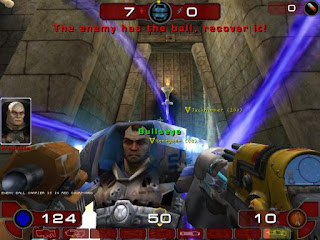 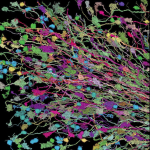 Posted by Robin Stevens Payes at 6:55 AM 2 comments:

What's on Your Mind?

Here is where we start a dialogue about the brain. What is this amazing seat of consciousness, learning, motor control, and just about everything else in humans? How do we study it, harness its impulses, apply our amazing gift for good?

How about appreciating what science is beginning to understand in terms of what centers of this 3.5 pound organ control in our bodies? And what implications does that have for understanding human functioning and behavior? How do we learn, what role does memory play, and is there such a thing as objective reality, or is every interpretation colored inside our minds by our own experiences?

Free will - do we possess this quality? And what facility allows our brains to determine what is the best choice in any given situation, for us as individuals, and members of society? Do we agree on moral and ethical boundaries?

How about stepping back to ask the question, Who, or what, had the intellect, knowledge and creativity to create this creation?
Posted by Robin Stevens Payes at 2:27 PM No comments: